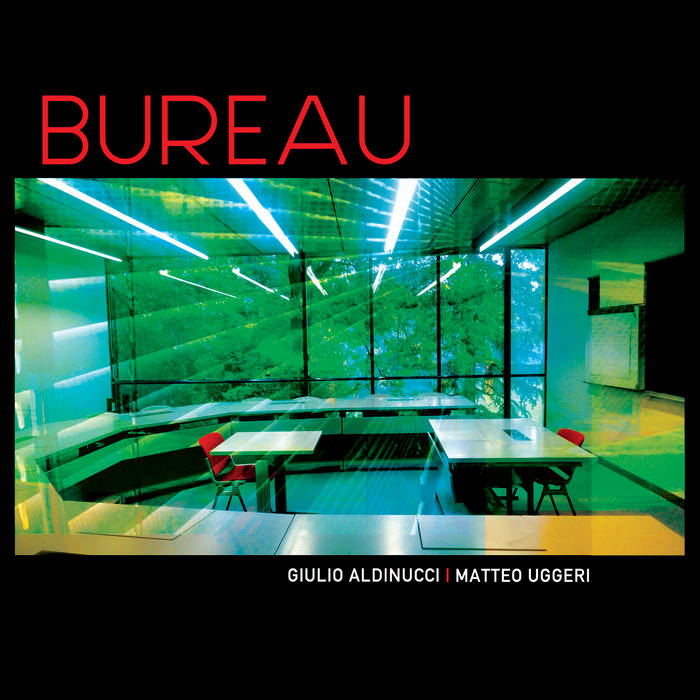 Lost Tribe Sound I've been in love with this album for a while now, just a hard time to collect every bit of music that is calling my name. Uggeri's concrète rhythms have never sounded so hard hitting and enticing. Aldinucci and Uggeri are a fascinating pair... definitely hope this leads to a sequel. 'Bureau' has this intense sort of kinetic energy that builds throughout, not too far off from the works of Ezekiel Honig or early Monolake, like the album 'Hong Kong'.

In 2016 Matteo Uggeri took hundreds of pictures during his working days in a 70’s building aimed at training and desk work located in the surroundings of Milan.

Later that Winter the photographs taken served as inspiration for him
and Giulio Aldinucci for this album themed on the alienation of the working life inside the office (bureau, from where the term ‘bureaucracy’ comes).

The tracks are based on outdoor field recordings that have been looped, treated and re-shaped in order to be transformed into beats
or rhythmical textures (by Uggeri) and drones or melodies (by Aldinucci).

The complete work includes a video designed with such photos, two of the actual tracks mixed together and a shooting of Matteo’s home
during the packing of his belongings before a house moving, in Summer 2017.

Photos and artwork by Matteo Uggeri