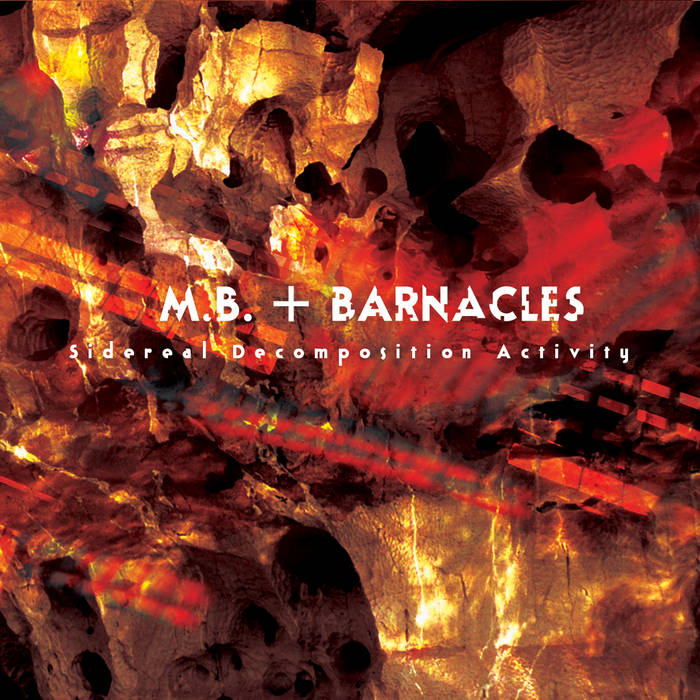 Astral melodies are excavating in the eruption constriction, while a neurotic fall scratches extemporaneous sidereal manumissions. The salubrious dynamism is compatible with the invisible decomposition but a paranoic infinity recalls an overcast activity for a cosmic relativity. Unearthly diagnosis cheers the outward for a screaming Armageddon, grinding through our nocturnal energy in the consolidate universe.

The first meeting between Maurizio Bianchi and Matteo Uggeri happened in 2007, when they made two albums together ("Erimos" and "Nefelodhis") and launched a wider project under the name of "Between the Elements", that involved many other musicians, that Frans De Waard defined "Italy's finest artists in the fields of ambient, electronics, microsound and post guitar".
Just two years after this, on August 19th 2009, M.B. took the decision to stop with music.
For a while.
Now, in 2018, more than 10 years after their first meeting, Bianchi and Uggeri (with his moniker Barnacles), are back together with this uncompromising trip through space dubbed "Sidereal Decomposition Activity".
The album features four long tracks described as cosmic music, a neurotic trip between analogue noises and pulsing beats, that ends in an Armageddon of obsessive sounds.

Drums on 1 by Simone Riva; drums on 4 by Cristiano Lupo.
Recorded by Maurizio Bianchi and Matteo Uggeri in their own home studios,
except for drums on 1, recorded by Matteo Chiappa,
and drums on 4, recorded by Lorenz.
V.O.G. treatments on bass sounds by Gianmaria Aprile.